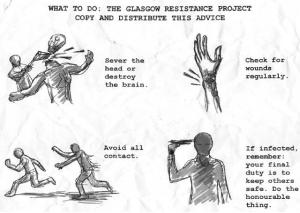 This may or may not apply to parenthood.

Hey, so remember when I said something along the lines of ‘Gosh, second babies are a piece of cake!!” Well, as it turns out, this is mostly true.

‘Mostly true’ being the operative term for when that second baby is really little. The older and older wee second baby gets, the less like a piece of cake they become. They get more complicated, more along the lines of a tiramisu, or a baklava. Way more layers, more intricate and difficult and way sweeter too.

They are not content to just lie there and gaze adoringly at their mother. Although, in hindsight, this is mostly happening in baby magazines and not at all in real life.

They want to do THINGS. And they are unsure of what these THINGS are, and so there is a lot of crying while they discover what kind of THINGS they like to do. THINGS may or may not include: grabbing ones toes, stuffing hands in mouths, pooping, eating more, wiggling, rolling everywhere. You get the picture.

And while this has all been going on, I’ve been trying a lot of new things:

A mild form of the Paleo-diet.

Cutting out wheat from my daily intake.

Major addiction to the Zombies! Run app for iPhone. (This is a sad addiction, but it’s pushing me to exercise almost daily. And I delight in being chased by zombie mobs. DELIGHT.)

My random delight in the fact that not only did I love John Carter, but my discovery via an awesome high school friend that it was based on books. Books that I’ve downloaded and am now obsessed with.

Hanging with my soccer moms. Weekly dinner parties have assured that, for practically the first time ever, I have a social life.

I’ve been gazing longingly at my laptop, dreaming of quiet moments to type away. I swear my laptop has been gazing back at me… It’s being dreaming of me stroking it’s keyboard again. There are a lot of distractions lately…

Yup, life is busy and great.

And I promise to share more of it with you…

How I am still alive: A tale of survival and bleeding 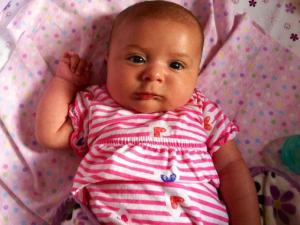 I’m almost through my second week of sahm-ness and for the most part, I seem to still be alive. And, by a surprising coincidence, my son is as well. (Eleanor is, of course, completely perfect and no trouble at all). While still alive, I am worn out.

While feeding Eleanor again… (and I say again, because all I did yesterday afternoon was feed her. Constantly. From about noon to 5 pm and I am not even exaggerating) I noticed a funny discoloured spot on my shirt. END_OF_DOCUMENT_TOKEN_TO_BE_REPLACED

Feeling like a bit of a slacker in the writing department over here and I am  completely blaming pregnancy on it. Pregnancy is a bitch.

This was an extremely planned baby. I had a time frame that I was looking for, conception-wise, in order to maximize my extremely crappy maternity leave and Edward’s summer vacation. Ideally, baby #2 would not enter daycare until they were 6 months old. Good plan, eh?

I factored in roughly how long it took me to get pregnant with Vince and we proceeded accordingly. Now the funny thing about hoping to be pregnant, is that once you are you start to wonder things  like ‘Wait. What was I thinking again?’ But that could be the hormones talking…

It’s something you want, want, want, want, want. And then suddenly, when you get it, and you start feeling like total toilet bowl… Well, it’s not that you regret it, more like you think ‘Oh good lord, what did I get myself into!’.

This second pregnancy is a total bitch. One that comes to work with a bad attitude and perfume that gives you a headache.

I’ve had a lot of headaches. And a lot of nausea. A LOT. More than I thought possible. I’ve been popping the (pregnancy sanctioned) pain-pills like they are going out of style. Which they better not be, since I’m getting low and need more soon.

Essentially that is what’s been going on down here in Orlando. Me, wallowing in misery, thinking things like “God, it’s probably a girl. And she’s sucking me dry.”

Oh, and Vince has been playing soccer. The last few practices were disastrous and the first game was AWFUL. Somehow though, things came around this past Saturday. He was bribed within an inch of his life by everyone (Mummy, Daddy, Coach) and it seemed to have no effect.

But something awesome happened out on the field. He got it. He just got it. And suddenly he was running. And kicking. And facing the wrong direction and running. But he wasn’t holding on to his coaches hand, or being carried around the field on someone’s hip. Or crying. Or screaming for me. Or climbing trees to get away from the field. Or many other things like that. That were all awful.

He was playing soccer and man was he having fun! And afterwards, during snacktime, he got a little trophy for being ‘The most improved player’. He was so proud. He kept asking me the rest of the day “Mummy, I kicked the ball. Are you so proud of me?”

Not only that, but he actually asked to go and have his hair cut. How ridiculous is that!

So here we are, post-soccer win and 16 1/2 weeks pregnant. Slightly less headachey, feeling a little round. And apparently today, a little less tolerant of bullshit than I thought. But don’t worry! I won’t tell you! My lack of filter is never a good thing, but even worse when I am pregnant, hormonal and annoyed.

Sports and Art, Or how I am not a Soccer Mom

Yesterday heralded two big events in Vince’s young life. His very first soccer game and his very first exposure to ‘The Arts’. And for his pregnant Mummy? Perhaps one of the most exhausting days of my life. Including that time when I gave birth. This trumps that…

Let’s start with what we’ve gotten ourselves into. Well, I guess the usual things that parents think when they sign their kids up for this kind of stuff. “Learning organized sports, interaction with other children, teamwork, exercise, etc” with the added bonus that we will meet some more parents in the neighbourhood (E and I are notoriously bad at that.), so total bonus.

The first practice was a wee bit of a disaster, but ended up ok. Second practice was this past Wednesday and was cut short by torrential downpour. Apparently it was more successful than the first one. Vince participated in group exercise and kicked the ball. Hurray! So based on this, I had high (perhaps too high) hopes for Saturday mornings first game.

And let me add it was everyone’s first game, all ten million different teams ranging from 3 to 16 years old. And their parents, chairs, coolers, dogs and siblings. It was like a circus. It was like being inducted into a whole new world. And Vince hated every single thing about it, including his new team shirt that we had to stuff him in while he flailed about and screamed that he wanted to go home. No going home for you, my dear!! We are going to force you to participate even if the coach has to carry you around!! Which she did!! You know, when she wasn’t forcing his leg to kick something with her hands.

At the 40 minute mark, he had kicked the ball twice and *gasp* ran unaided on the field. But stopped when he saw us watching. And then started crying again.

And then, thankfully, it was all over. And we went and got donuts. I am positive it will get better with time. It was overwhelming for me too, so I can just imagine what he thought.

Post-donut and a clean change of clothes, Vince and I headed out on our adventure. On my numerous trips through Winter Park, I had noticed a very innocuous sign mentioning ‘museum’, once that was in such an odd place that it was easy to overlook. Especially if you drove past it 2 times a day on a really busy road.

So I checked it out online and  it sounded amazing. 3 acres of gardens full of sculptures, mostly those of the artist himself and some of other artists. On the edge of a lake, surrounded by old gorgeous houses.

OK, I thought, this might be the perfect place to take Vince. I’ve been wanting to start taking him places that were less ‘Disneyfied’ and more full of potential of even greater wonder and discovery. In a less commercial sort of way.

It was beautiful. We did not tour the historic home of the artist because I am not a crazy person. Vince only kind of destroyed one display in the gift shop, but in my defense it was left open and was full of little shiny trinkets.

“He didn’t touch anything, did he??”, asked the very earnest young woman manning the counter.

“No,” I immediately lied, “Just one of the display signs.” She doesn’t need to know that he squeezed that piece of jewelry, probably would give her a heart attack.

And then we hurried out of the gift shop and went into the gardens for a little wander. It was the type of place that had wild, lush gardens that immediately make you think you could do the same to your backyard with minimal effort. But in reality, it would take an army of gardeners. Statuary was perfectly placed amidst the green. The bamboo forest rustled invitingly. The lake gleamed where the garden ran into it. It was heavenly.

Vince tramped around with his stuffed Clifford dog, which added such a delightful element of whimsy to the whole scene that I laughed out-loud repeatedly…

We were only there for about 20 minutes, just about the right length of time for a three-year-old.

As we walked out to the parking lot, Vince announced “Mummy, that was a very nice walk.”

If you are living local and would like a very nice walk with your little ones, check out the Polasek Museum on Aloma (polasek.org). A truely lovely experience…