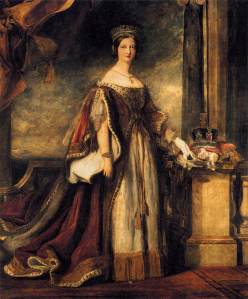 We left off yesterday as V was handing me a diaper full of a giant poo that he had just created. Such a thoughtful little boy.

And as I drove off to work after passing it on to M, all I could think about was urine, feces and pants full of both.

Oh, and then pleasant things like how V is a big boy now and how I GUESS I (we) need to make the move to the big boy pants. And this was a tough one! How to you know when they are ready for no more diapers and just training pants?

I guess when they hand the diaper to you, that’s a good sign. And so it was. Now our house is full of Toy Story 3 potty paraphernalia. And to be honest? It is all rather exhausting. Especially since we are on uncertain, shakey ground in terms of potty experience.

Let’s face it. All we have had is one big poo in the potty. And then 2 removed diapers. Oh, and then a refusal to be diapered yesterday and a firm vocalization to wear ‘Diego’ (that’s who is on the training pants). Not that he knows who Diego is. Since we never watch that show. Somehow he just knows. It’s like osmosis or something..

But that’s not much to go on. And so I am making it all up (and backing it up with things my Joa and my Shannon have told me). Those girls know where it’s at.

Tonight we were extremely excited about going potty and taking a bath. At least until I took off his diaper and saw the WORST diaper rash EVER.

And so bath? Not so much. I left the experience drenched. It was like I had been on a water ride at one of the parks.

And diaper? No. Training pants? Also no. Regardless, I Desitined that butt down and pulled one up. Red painful-looking bum? Check!!

Today there was no diapers removed and handed to a parent. Nothing was removed at all actually. In fact, it was just a normal awful day with a two year old. He woke up at 2:30 and wouldn’t go back to sleep. And he just wanted Mummy and Daddy’s bed. And then just wanted to make pig noises in our bed. Not sleep at all. That would have been logical.

So he thrashed and we slept lightly. He woke up and so did we. He made pig noises and we groaned. He talked to Chewie and we stuck our fingers in our ears. He said ‘Mummy snuggles  and Mummy snuggled him within an inch of his life. And then?

Mummy said, “Daddy. Wake up. I have to go to work in 3 hours and I need some sleep”.

But would you like to see what always makes it better? And this always does. Seriously.

Having ones small child throw oneself at you while shouting ‘MUMMY! Mummy Mum. Mummy! Mum. Mummy’. And all of this while surprising him at a restaurant this evening.

I felt like I was Queen of the Universe.