Tag Archives: can’t fit my hair under this ball cap 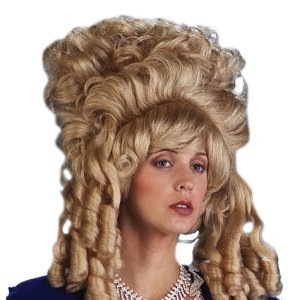 So for a couple of years, I really embraced my dark side. I think the last time I had dark hair it must have been high school when I dyed my hair black. I paired that with some lovely steel-toed boots, an army surplus jacket and some gauzy printed fabric dresses. And some fish nets. LORD. That was the 90’s. So really, I think there are no excuses.

So I had really dark auburn hair while pregnant with Vince. I loved it. Vince was born with not a lot of hair. But what there was, well it was dark. And Edward has dark hair. Logical, no?

(And as a secret aside, my roots are just a plain ol’ brown. In the Summer it bleaches easily in the sun, in the winter it darkens naturally. Apparently, my hair is easy)

Vince’s hair, when he was little really looked like it was going to be dark like Daddy’s. He did get the dark eyes after all, he is a clone of his father so I honestly thought the hair would follow.

But, as he grew, it became apparent that his hair had a mind of it’s own. It, as I came to know, did not want to be like Daddy. In fact, it seems that it took pity on me and thought it would lean in my genetic direction and spiral the F out of the top of his head.

When he was one, it was rather short and easy to take care of. When he was two, oh gosh was it cute, curly, blonde, adorable. Recently people say weird things to me like “How’s you streak his hair like that?” and “Is that his natural colour?”.

Today someone said “Oh, he is too cute. So gorgeous. Those curls? Remind me of a little girl…. *sigh*…” Thank you Target employee for pointing out that ‘Yes’, it is, in fact, time for my son to get a haircut.

But every morning that I wake him up and see myself reflected in his clown hair, ugh. UGH. I just can’t. Can’t comb it, for one. Can’t stop laughing for two. Can’t cut it. Can’t seem to get it cut. Can’t put much effort into trying to cut it.

Which is not to say that I have tried. (Once) Which was just last week. Not sure if that counts as actively pursuing the hair-situation.

I think I just cannot help adoring the reflection of me in him. And probably, after he gets older, I will probably curse it and say things to his father and blame it all on him.

But oh the hair. Oh that darn hair…. I will bawl like a baby when those curls get cut. Maybe I just better have another baby and pray to God that its a girl so I can indulge in curlfest…

I am honestly making an effort to organize a haircut. I promise to take pictures. And souvenirs…