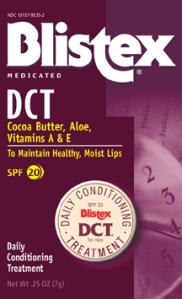 August is officially the month of Japan.

For those who aren’t ‘in the know’, M and I lived in Japan for about 3 years.

We met. We saw. We loved. We conquered.

M and I kept our relationship a secret for quite a while… once we started dating, that is…

We were outed in the randomest of ways. Mostly due to Sohee. Thanks Sohee!!

Every night in Hamamatsu in the early 2000’s meant hitting up Amigo’s Bar. Amigos was the Gaijin Hotspot in the city. Even if you didn’t want to go there, wanted to maybe try out something different…. you still ended up there at the end of the night. Drunk.

Or you started out the night there, got lured in by Paul (the owner) and then never ever left. Suddenly it was 8 am. You have been there 12 hours, are starving and your boss drives past as you are leaving and waves (future conversation regarding how you are such an early risier).

So, early in our courtship M and I start out the night there. Meeting a bunch of friends.

I remember riding our bikes there… pausing for a make-out session….applying some lip balm, and then heading in. Who would know that lip-balm would play such a huge part in our life.

Did you know that some lipbalm glows in the dark? Well, Sohee thought she would be a sweet girl and point that out. We denied it as firmly as we could.

“I lent him some”…. I think that was my big statement. And I thought that we both were rather convincing. When you’ve been riding a bike with a beer in one hand (as you do, in your twenties in a foreign country), it is easy to imagine that everyone will believe you. And if they don’t, then clearly they must be crazy.

So there we were, in Amigos, with glowing lips. And Sohee asking us both “Um, why are your lips glowing?”

Damn her and her intuitive eyes… And damn me and my crap excuses. My extemely unconvincing excuses, poor eye contact (which probably ruined any credibility that I might have had… excuse wise I mean…) and damning body language. Leaning into someone that you are currently romancing is a very obvious sign that you are… you know…

Well, anyways…. this is just a wee intro to a lovely month of Japan reminiscence…

Please stay tuned for all things romantic and Japanese.

I had this random image come to mind of when I went to a Christian private school when I was little.
Now where I seriously got that tube of hot pink Wet N’Wild lipstick, I will never know. I wasn’t much for makeup when I was little. Fascinated by it, yes….. but any good at putting it on or really knowing what to do with it at all… not so much…

I remember putting on one coat and thinking it didn’t look that great. But…. having never really put lipstick on before, I wasn’t sure. So I put another layer on…… and then another….. and then one more. I swear there must have been about half a centimeter caked onto my lips. And then (and only then) I thought it looked pretty awesome. Please keep in mind the braces and glasses and way too short curly hair. Oh, and the awkwardness… keep that in mind too.

What a wonderful phase I went through in my last few years of high school. I made my own bell bottoms (with fabric scraps from my mum’s sewing basket). I wore army boots that I hand painted with flowers…. I believe I had a watch safety-pinned to one of those boots too. I always carried around a plastic butter knife.

I took my black eyeliner and used it to carefully outline my lips and then fill them in. I think this was pre-black lipstick. Or you could buy it, but only at Halloween…. I don’t quite remember why I decided to use eyeliner.

And then I had to take the bus. I was definitely wearing fishnets with my army boots. And some kind of gauzy, floaty dress with something I had hand tie-died over top…. Clearly my black lipstick was a little over-the-top for my small town’s commuters…

And flash forward another 10 years…

How I long for a good lipstick….. I am stuck in a Burt’s Bees rut (not that that is a bad place to be….. I just long for some bright red lips, or some warm raspberry lips). I am a little less brave than I used to be. Or more intimidated by the make-up counter than I should be. Or something like that…