Timebomb: A tale of bowling and jealousy 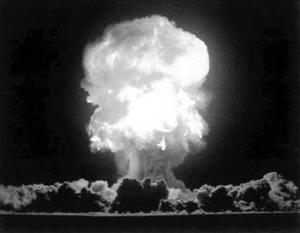 Vince woke up this morning with one thought on his mind.

I know right? I was thinking the same thing… What on earth??! It’s completely the fault of Scooby Doo. Or actually, my fault since I bought a few ridiculous Scooby Doo books for Vince (don’t do it!!). Books which apparently featured bowling enough that I had to explain it and since then he’s been fascinated. He’s reminded  me that I had mentioned we could go at some point.He asked again yesterday and I thought why the heck not? Sure! Let’s go bowling on Friday morning.

I decided to take him to Firkin and Kegler, with the plan that we’d have lunch there afterwards and make it into an outing that would take up a big chunk of the day. Seemed like a good plan at the time. Plus I’d never been and was rather curious to check it out.

And so? We bowled! And he loved it! Granted he wasn’t strong enough to actually toss the ball down the lane, so he was pushing it, but he really enjoyed himself.Or so it seemed… Lurking behind all of that high-fiving and shouting and cheering was a timebomb just waiting to go off.

And go off it did, in the most spectacular manner. I should add that I was completely oblivious to the lit fuse. I usually am. And then am usually shocked at what follows. Usually. This? Extra shocking.

One second he was pushing a ball down a lane, the next he was rolling around on the floor shouting ‘I don’t want to play bowling!!’ and ‘I don’t love you Mummy!’ (Geez! Where did that come from?!). This went on for a few seconds longer than it should of, mostly because I was holding a baby at the time and had to put her down before I could properly deal with this mess.

I very, very calmly addressed his shouted remarks with a few questions and when met with the same answers, I very calmly took off my bowling shoes. I attempted to calmly remove Vince’s, but he kicked me so much that it quickly became a battle that I was obviously losing.

Did I mention that Eleanor was crying throughout all of this? Oh and that the only other people bowling were situated RIGHT NEXT TO US. So as to amply view my son’s very public, nasty meltdown.

I literally had to drag my son out of the building by one arm since he’d refused to walk. And wasn’t wearing shoes. And then drag him through the parking lot to the car. Barefoot. And then put down the baby car-seat I was carrying* and chase him through the parking lot when he ran away from me. Oh, then he spat on me. Repeatedly. Pretty much every horrible thing that could have happened, happened. Very publicly. And loudly. And barefoot.

(*I have to carry my daughter’s car-seat because the hydraulics for my trunk are broken and I can’t lift out the stroller by myself. How annoying. I need more arms. Or I need to get my trunk fixed. One of those…)

Anyways, it was horrible. But really what I am wondering is am I being too ambitious with my plans? I thought this was rather a good plan, but then I thought taking him to a sculpture garden was also a good plan. Or taking Eleanor to see The Hunger Games earlier this week. And the Buddhist temple as well… (although I think that really was a good idea)

Should I be planning more mundane things like the park or the mall? Am I, in fact, completely delusional?

Delusional, right? I KNEW that’s what you were going to say. Who takes their kids to a Buddhist temple?! (me, I do).

Anyways, after discussing this whole ridiculous morning with Edward, we came to the conclusion that this was all a result of me holding Eleanor at the bowling alley. And I am pretty sure we hit the nail right on the head. Jealousy reared it’s extremely ugly head again. It’s almost frightening how quickly things can go from good to bad when Vincent imagines some slight against Eleanor. Or perceives that she is encroaching  on what is his valuable time with one of us. Mostly with me.

Total work in progress. It’s only been 6 weeks, after all. I guess I should cut him a little slack…

Mummy; ‘What did you say to Mummy that made her so very sad?”

And that was that.

(tomorrow, I am making no plans at all. Apart from soccer. Just that plan. And then NO OTHER PLANS. We are going nowhere)

7 responses to “Timebomb: A tale of bowling and jealousy”