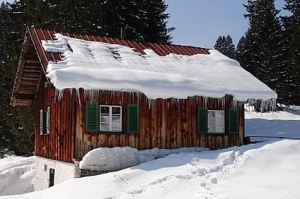 Things I did today that took far too long:

The grocery shopping was, mainly, because I was alone. Somehow I not only talked my husband in to cleaning out the fridge but also into watching V while I went and picked up some things at the store.

I’ve gotten used to fighting with V every time we go shopping. We fight about sitting in the shopping cart, where we sit in the cart, about walking next to the cart (I usually lose the sitting battles), running away from Mummy, touching too many things, yelling at Mummy, touching WAY too many things, using the debit machine at checkout, being carried like a sack of potatoes out of the store wailing…. I honestly could go on and on.

Go by myself? It’s like I have no idea what to do, and I lose sight of the quickest path through the store and instead wander aimlessly and catch myself standing still in the air-freshner aisle, pondering Hawaiian  Delight versus Springtime Fresh. For 5 minutes. (I bought Springtime Fresh).

Prior to my epic shop, I went to Kohl’s to pick up some new face clothes for our soon to be used ‘guest suite’. I honestly really don’t want to tell you how long it took me to buy underwear, but whatever. It took forever.

Where did the comfy underwear section go? When did it all become bum slings?

There was a clear division. Fancy and cotton. I want neither. I want the blank blank blank (because you don’t really need to know). But that was apparently like finding a needle in an underwear haystack. And again, I was child-free.

Yes, my husband is awesome. I know.

But I was there for what felt like hours. Contemplating things, feeling material. It was like I was buying my freakin’ wedding dress. While I was in a coma.

And V. Oh that Vincent of mine.

All day he played and played and played. With Batman. It was an epic Batman day. Then we went to the park. And then we watched some of Cars when he fell asleep. And that’s when it was all over.

I lovingly made him dinner and he hated every piece of it. Crying and whining to the point of sobbing exhaustion. He had to be carried upstairs with threats of no dinner, still wailing away. Changed into pj’s wailing. Carried back downstairs wailing, with sobbing demands for oatmeal interspersed.

I made oatmeal. He ate 5 bites. I made pigs in a blanket. He refused to eat for 20 minutes and then told me “Ok Mummy, I ‘try’ it”. Gee thanks. You’ve only had them a million times.

I picked him up for a hug. Wail. I put him back down. I asked him if he wanted some yogurt. Wail plus whine plus ‘yes Mummy’. Daddy threw it all out. Mummy cried.

I don’t want to relive it, so no more of that. But let me just say that bedtime was WAY worse.

Stupid late afternoon nap that f’d everything up the bum.

Stupid husband for throwing out the yogurt that was perfectly good. And also wonderful husband for letting me shop alone. And go running. Ha ha. Ha. HA.

So basically Edward watched V all day, I bought underwear and went running. Hm. Hmmm. I think I came on top here.

Not too shabby. Forget my complaining. Let me just put my feet up and relax…

One response to “Mini-vacay”