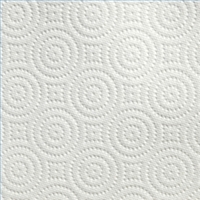 This weekend was spent exhausting my child. Our child. I exhausted our child. Edward worked. All weekend.

And when he wasn’t working? He was working.

Edward’s weekend job switched from Friday/Saturdays to Saturday/Sundays. And this was the week where it overlapped. So E worked all weekend. And when he wasn’t physically working at the restaurant, he was at home lesson-planning for the coming week.

As a result, I didn’t see him at all. I think, in total, it might have been 2 hours over a period of 3 days. Brutal!

Which means that it was one of my ‘single parent’ weekends. I was sans partner.

He played with PlayDough (Yes. I broke down and bought some). There was glitter glue. Colouring. Sidewalk chalk. Dr Philips water park with Sydney. Lunch at WholeFoods with Shannon and Syd. Tita and Errol. And hugging of both of them. Nemo. Figment. Epcot. Disney. Woody and Bullseye. Bubble-baths.

Apparently I should just run a weekend play camp for kids, we did so many things.

There were also no naps. And this allowed for bedtimes of 6 pm. Aren’t I sneaky? And he literally fell asleep 3 minutes into bedtime. He was soooooo tired.

But with each adventure we had this weekend, he pronounced it ‘fun’. And “Mummy, Vincent fun”.

Ok honey! Even though you screamed and clung to me all through DeDe’s goodbye party. And then, as we walked out of the restaurant, you proclaimed “Party fun”. Repeatedly.

And with every successive adventure this weekend, when fun was waning, you stepped up and told me how much you liked it. How ‘fun’ it was. Regardless of it’s actual ‘fun’ quota.

Darling Sweet Pea, you confuse me. I am pretty sure it’s because you are two. And if that’s true (which it is), then I now understand your initial love interest with play-dough and subsequent hatred of it.

And your initial love of sidewalk chalk and, again, subsequent hatred of it.

And your love of “Doggie Mooooovie” (Bolt) and then hatred. This could be repeated a million times with ‘Cars’, ‘Wall-E’, ‘Nemo’ and all the ‘Toy Story’ movies.

Darn toddlers. So troublesome and so worth all the trouble.

And then? Once those lenses are stored? You run away from me, tearing small pieces of paper towel apart in your path.

Oh god. How I nearly lost my sanity.

Thank god it was just before bedtime or I might have damn near lost my mind….