After about a month of the big boy bed, a month of crying and a month of feeling very emotional, we are revising the bedtime plan.

Not that we planned this or anything, it was just something that I did last night that worked so well I couldn’t even believe it. So I did it again this evening and it worked even better.

There I am, every night, in the corner biting my lip. Listening to those noises and saying to myself (in my head) that this will all pass, it will all get better, V will stop fighting and eventually just go to bed. But unfortunately, things have remained the same. I mean, they certainly haven’t gotten worse, but it is not like they have been improving either.

It’s giving in, but in such a nice way.

“Mummy too?”, he says, patting his little pillow.

“Yes, Mummy too”, I respond, climbing onto his little twin bed and sharing that football and soccer ball covered pillow. He hands me his favorite blanket, which I tuck around him and then I lie down with him.

I watch his face, those eyes flickering here and there around the room. Sometimes they land on me and he smiles…

Eventually they close and I stay there for a little while longer.

I haven’t watched him fall asleep since he was a little, itty bitty baby. So while I watch him do that, it makes me think about him 2 years ago, so little and so hungry. And now, a monsterously huge little boy who eats like a beast, plays so hard you’d think it was an Olympic sport and sleeps like a brick. When you can convince him to fall asleep, I mean.

So I convince him by saying “Mummy too”, lying down next to him, stroking his back… and at the same time, I am having the time of my freakin’ life!! An actual cuddle with my boo, one he isn’t even fighting!! Bliss!! Utter bliss!

And really, when you really think about it? Why would I ever be in any hurry to leave? What do I have to do that is so darn important that I can’t sit with my child and comfort him while he tries to fall asleep?

Not a damn thing. Best idea I have ever had in years. YEARS!

So for the last two nights, I have not bitten my lip or hovered in any hallways. OR tried to hold back tears OR felt at all guilty at all.

So far, it sounds like this is a total win. 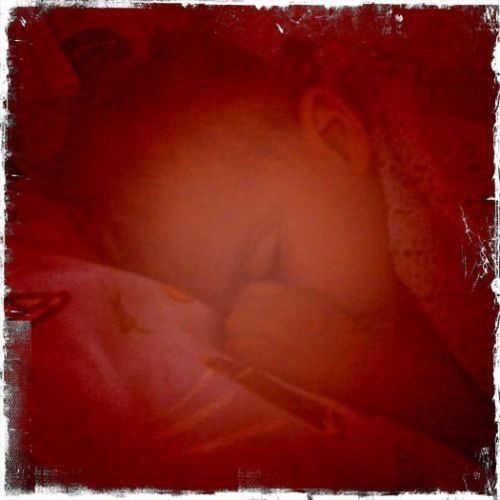 2 responses to “The Game Plan”